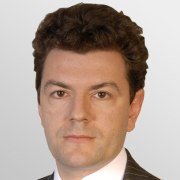 Your request has been sent!

Personal tax
45%
Min. rate for corporate tax
—
Corporate tax (in detail)
Income tax is not paid by the partnership. Instead, partners include the current income of the partnership in their share of their taxable profit / income, without waiting for the distribution of the partnership's income.
Capital gains tax
—
Capital gains tax. Details
—
VAT
20%
VAT. Details
The standard VAT rate is 20%, reduced - 5%, zero -0%. Certain goods and services are exempt from VAT or are outside the UK VAT system.
Withholding tax
—
Other taxes
—
Exchange control
No
Government fee
—
Stamp duty
0.5%

Location
North West of Europe
Total area
78.772 sq. km
Population
5.438.000 (2018)
Capital
Edinburgh
National currency
Pound sterling
Conditional reduction of currency
GBP
Against USD
0.65
Climate, average max and min t°
temperate oceanic climate; due to the warm Atlantic current, the Gulf Stream, temperatures in Scotland are higher than in countries on the same parallel, but lower than in other regions of Great Britain; the weather is extremely unstable .; in the coldest months of the year (January and February), the average temperature maximum is 5-7 ° C. In the warmest months (July and August) - 19 ° C
Time difference from Moscow
- 3 hours
Dialing code
+44
State language
English, Scottish Gaelic, Anglo-Scottish
Ethnic groups
88% - Scots, 7% - British, 50 thousand people each. - Irish and Poles, 40 thousand people - Pakistanis, 20 thousand people each. - Chinese and Indians, 10 thousand people - immigrants from Africa
Literacy rate
99 %
History
Scotland is currently part of the United Kingdom of Great Britain and Northern Ireland. The first humans appeared in Scotland about 8 thousand years ago. The first permanent settlements appeared 6 thousand years ago. The written history of Scotland begins with the Roman conquest of Britain, when the territories of modern England and Wales were conquered, received the status of Roman provinces and began to be called Britain. Over the next centuries, the Kingdom of Scotland expanded to roughly the borders of modern Scotland. Towards the end of the Middle Ages, Scotland was divided into two cultural zones: the plains, whose inhabitants spoke the Anglo-Scottish language, and the highlands of Scotland, whose people used Gaelic. With the exception of the period of the English Commonwealth, Scotland remained a separate state, but at the same time there were significant conflicts between the monarch and Scottish Presbyterians over the form of church government. After the Glorious Revolution and the overthrow of the Catholic Jacob VII by William III and Mary II, Scotland briefly threatened to elect its own Protestant monarch, but under the threat of severing trade and transport ties by England, the Scottish Parliament, together with the English in 1707, adopted the Union Act. As a result of the unification, the Kingdom of Great Britain was formed. After the adoption of the Union Act, the Scottish Enlightenment and the Industrial Revolution, the country became a powerful European commercial, scientific and industrial center. Scotland in many ways occupies a unique position in the United Kingdom, which is associated with the history of its unification with England and participation in the work of the state parliament while maintaining its administrative and judicial system. And since the administrative and political systems of the two countries remained different, a reliable basis for the preservation of national forces in Scotland was created. Scotland has long been viewed by the central government as a region with low industrial potential and slow development. Foreign investments, mainly by North American and Japanese companies, as well as revenues from oil and gas production on the North Sea shelf, played a great role for Scotland in reorienting the economy. On September 18, 2014, a referendum was held on the independence of Scotland. 44.7% of those who voted for independence, 55.3% against.
Credit rating
AAA
Government type
republic; parliamentary democracy
Executive branch
Government of Scotland, consisting of the First Minister of Scotland, the Deputy First Minister of Scotland, 8 Cabinet Secretaries of Scotland and 10 Ministers of Scotland
Legislative branch
Parliament of Scotland, composed of 129 Members of Parliament elected by the people of Scotland, one of whom Parliament elects as Presiding Officer of the Scottish Parliament and two as Deputy
Judicial branch
Supreme Court, courts of appeal - sheriff's courts, courts of first instance - district courts, lower level of the judiciary - justices of the peace
Unemployment
3.7% (2018)
GDP per capita rank
24 (2013)
Corruption perceptions index rank
14 (2013)
Share on social media:
RU EN